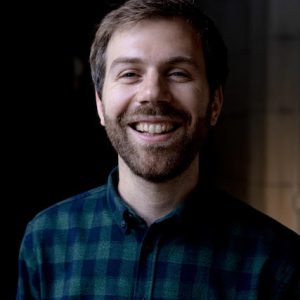 Emmanuel Tenenbaum is a French director living in the Netherlands.

A former biomedical engineer at Philips, he has been working for years with Quebec screenwriter Guillaume Fournier. Together, they were able to create realistic and strong short films about multinationals. Their films have been selected in more than 200 festivals, have received numerous awards (Grand Prize at REGARD) and nominations (Vimeo Best of the year), and have been broadcast on many TV channels over the world.

“Free Fall” is their third short film, and their last opus before their first feature film.

Tom is a young trader in a London bank, whose recent performance has put his job on the line. When the first plane hits the World Trade Center on the morning of September 11th 2001, Tom jumps into the biggest trade of his life. Inspired by a true sto