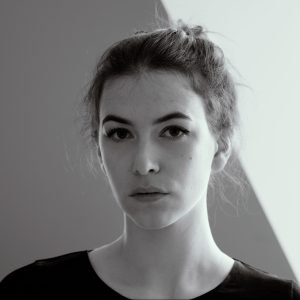 Raphaela Schmid was born 1990 in Austria. She studied Philosophy in Vienna, Berlin and São Paulo before entering the Filmakademie Wien in 2016, where she is currently studying screenwriting and directing. Since 2021 she is a student in the class of Jessica Hausner. The short films she wrote and directed were screened at both national and international film festivals, e.g Moscow International Film Festival and Sarajevo Film Festival. Her fiction short EENY MEENY (2019) won the award for Best Short Film at Diagonale 19′. Her latest film FISH LIKE US (2020) was awarded Best Short Film at the Max Ophüls Preis FF 2021, received the Best Short Film Award at Diagonale 20′, as well as the Jury Prize and Audience Award at Vienna Shorts 20′ and got nominated for the Austrian Film Award 21′. Currently, Raphaela is developing her first feature film project.

The unexpected death of a hamster reveals the grief of a mother who cannot let go of the past.