A straightforward story told unconventionally: Henrik Dyb Swart shares the creative process behind “Everything at Once” before its premiere at Venice

Henryk Dyb Swart’s film “Everything at Once” premieres at the Venice Film Festival on September 9 (courtesy of our partners at Festival Formula.) We caught up with the 34-year-old director to find out about his sources of inspiration from poetry to punk rock, and what it took to ´develop his multi-frame short film. 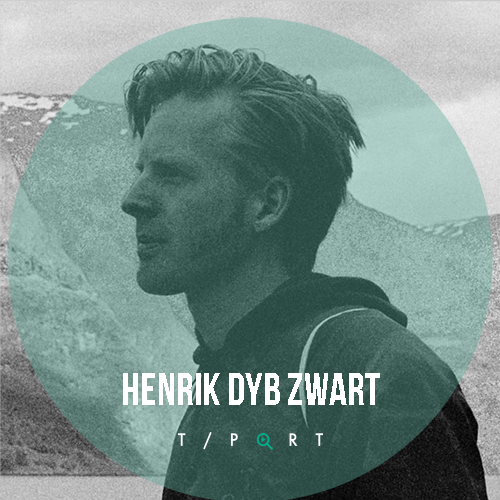 I’m a 34 year old director living and working in Oslo, Norway. I’ve studied film at Queen’s University in Canada, assisted on a couple of feature films, some TV, directed a few commercials and produced some short films. Currently, I’m working on a few different film ideas, both short and long.

I try to get inspiration outside of film as much as possible, so I don’t end up just making a pale copy of what I’ve seen, but I was initially very inspired by Nicholas Ray’s “We Can’t Go Home Again” and some of Stan Brakhage’s work definitely influenced me. Outside of film, Laurie Lee’s poetic writing in “As I Walked Out One Midsummer Morning” was important, and Orwell’s “Down and Out in Paris and London” – that one informed my perspective on Jakob’s loneliness especially, I think.

Another, really important inspiration came a bit unexpectedly from an episode of “Epicly Later’d”, with Chad Muska. I don’t know exactly how to explain it, but Jakob’s voice became a sort of amalgamation of those perspectives and experiences.

The idea for Alt på en gang was one that had been kicking around in my head for many years. I had first made a proof of concept, to illustrate the sort of poetic, personal fragmentation of memory that I wanted to make. I loved how a multi-frame technique and certain editing, voice over and music could combine to tell a story in an interesting way. So, the script was written from that viewpoint, almost as a vehicle for a poem at first.

When COVID hit in 2020 and all projects got cancelled, I went back to my notebooks and project folders and rediscovered the film idea. I sent it to producer Øystein Dyb, and we applied for Nye Veier, a talent program at the Norwegian Film Institute (NFI) that had development hardwired into the production funding. That development stage was the really big game changer for me; during a month-long process I researched, re-wrote and made a complete previz/animatic of the film, which made the film a thousand times better.

I really have to thank Lars Daniel Krutzkoff at NFI for that. He saw potential in the initial (pretty bad) draft of the script and understood what it was I was really trying to achieve.

Because the film has this multi-frame form throughout, we had to constantly rethink how to shoot every scene. Some scenes also have moments from different times and locations in the same frame, and in others we see both the character and what they are looking at, so it was a real brain twister framing up each set-up. We might want a medium shot, but when it was scaled down to the right size in the final multi-frame, things were too small, with too much ‘air’, or it looked off in comparison to what it was placed next to. So having an animatic proved very useful. 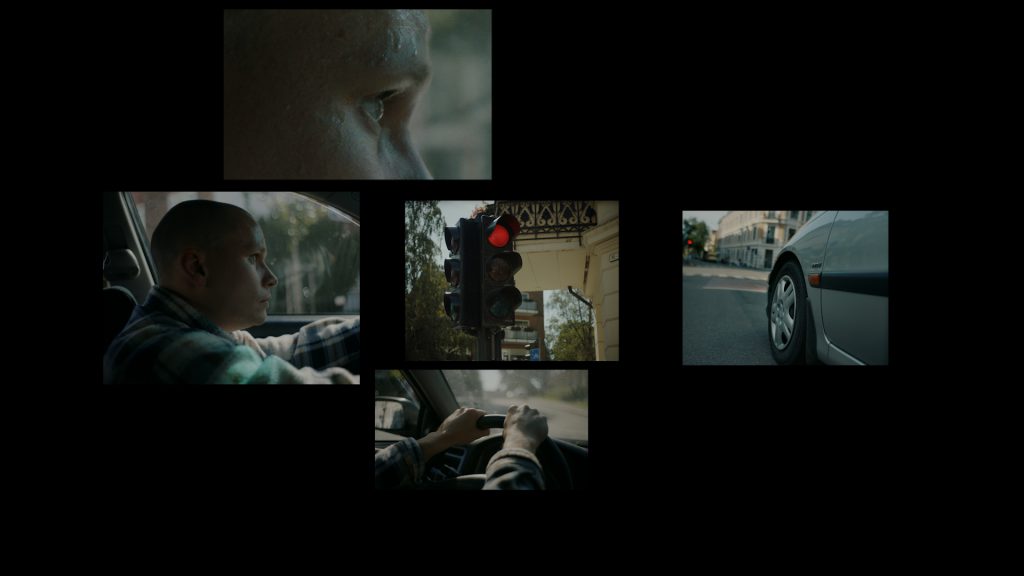 This was the first time I worked with Steinar Hallert, who portrays the main character, Jakob, and I found it a really meaningful collaboration. Steinar is also a writer, and was incredibly helpful in shaping his character, how the film fits together and bringing out all this nuance to the role. He was someone that understood the strange thing we were making right away, for which I’m very grateful.

A lot of the crew were people I have worked with on commercials over the years and have a really great working relationship with, and I was thoroughly impressed with what everyone brought to the project. I have to give extra credit to my DP, Mario Poljac, who was given a real curveball with this one, and delivered something truly beautiful.

Tell us about the sound choices in “Everything at Once”?

The film is very subjective, sort of ‘in the mind’ of the main character, which allowed for a lot of creativity from the sound and music. Andreas Waag, the sound designer, and Axel Toreg Reite, the composer, were on board from the development stage so we were able to start thinking and working together while I was still rewriting the script. That proved incredibly fun and interesting. We found we could flesh out scenes with subtle voice work and make a very tight collaboration between sound and music. What both of them came up with still blows my mind. 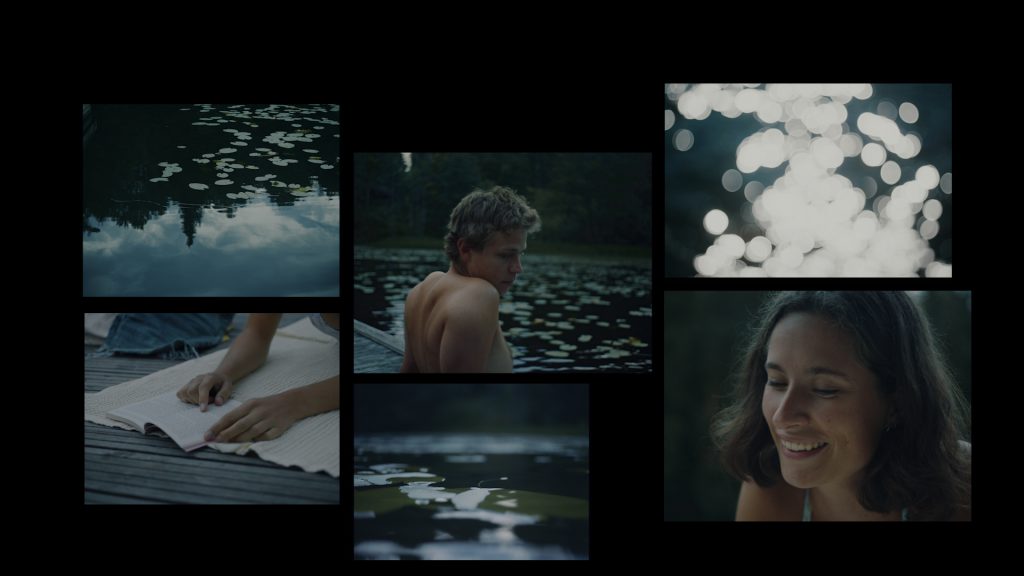 Mario and I decided on a two-pronged approach to the film; most of the film would have a contemplative, still feeling, as if moments of time had been frozen in the mind of the main character, and others would be the opposite; chaotic and troubled.

For the former, we looked at medium format still photography, such as the look you get from old Hasselblad cameras. These were planned carefully, shot still with a tripod and framed and planned out carefully.

The latter scenes, especially those featuring Mads we shot handheld, largely improvised, and cut in a much more messy way as well.

I would really like for people to enjoy the film, for it to be exciting and fun to watch, but maybe also for some to see that it’s possible to tell a pretty straightforward story in an unconventional way.

The big one is probably drawing, but I also love all the pretentious things in life like poetry, going to art galleries, wandering around cities and looking at architecture. It sounds silly, I’m sure, but I really like activities that make it possible to sort of retreat into a bubble and let different parts of the brain work. Something that is totally opposite of the really frantic, social way the film industry works. The other big ones are snowboarding, punk rock and zine making, so I’m not sure how that all fits in. 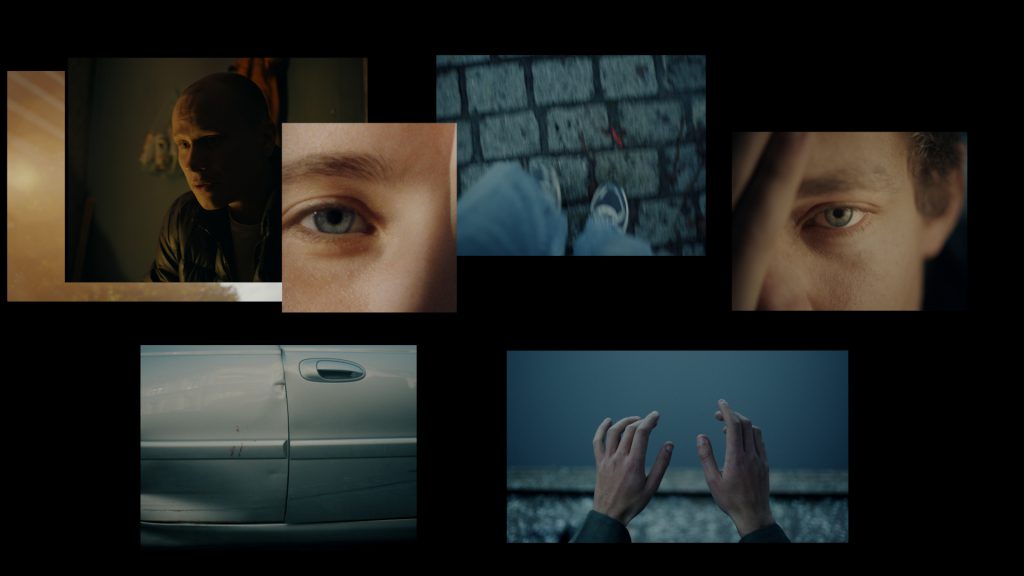 Did you have a specific strategy for promoting your film?

We’ve cut a trailer, made a poster and an Instagram page. I guess we haven’t tried to reinvent the wheel, but hopefully the way we’ve done it makes people interested in the film.

What did you find (or still find) as especially lacking in the process of distributing and promoting your film?

We’re still early in the process, so I’m not sure what all the challenges might be yet. I have to say I am so far very, very happy to have both a great festival agent in Festival Formula, and sales agent in Sydney Neter at SND films, as well as the backing from NFI in Norway. Their combined talents and experiences have so far been extremely useful to our team on this film. There is a lot of strategy and spoken and unspoken rules to film distribution that are easy to get lost in as a first-time filmmaker.

I think a lot of young graduates are surprised to find themselves pretty lost in the film industry in the beginning and find it hard to get accepted as heads of departments, having to compete with established filmmakers for funds and positions. I don’t think anyone should be afraid of doing some assisting, but the new talent programs places like NFI are promoting will hopefully do something to make that road a little easier. There’s a great lack of diversity in the film industry today, which I think is something we have to be more aware of and work on. A lot of people are clearly not getting the opportunities they deserve.